One day, quite a few years back, I was looking in a jeweller's window and saw a second-hand necklace for sale.  It was a gold chain with eight gold keys hanging from it.  Three of the keys had a heart attached to their base and the other five had letters which spelt the name JULIE attached to their base.  It came straight into my mind that if I bought the necklace and asked the jeweller if he could take the L and the I  off two of the keys and replace them both with the letter S  then he could rearrange the keys and they would spell JESUS.   So I bought the necklace and the jeweller did the rearranging. 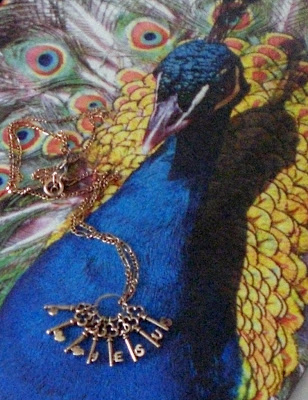 As I thought about this it was signifying to me what God does through Jesus.   He removes the LI (Lie) of the world and replaces it with Salvation through our Saviour Jesus  as we have our minds renewed in Him.

So, just as the jeweller did the physical rearranging when I bought the necklace, if I put my faith in Jesus, then the Master Jeweller will do the spiritual rearranging in me.

On Monday the terrible tragedy of the tornado took place in America, and on Wednesday the horrific killing of a British soldier in the UK happened.   Thursday morning I was thinking of the awful things going on around the world and how it says in the Bible about tribulations in these times such as never have been seen.   I thought about  how some Christians are being persecuted for their belief and how Christianity is being despised in many countries that once claimed to be Christian.   I settled down to read my Bible and opened it to Mark ch. 13.    The verse that really stood out to me was v.13  'and you will be hated by all for my name's sake.   But he who endures to the end will be saved.'

Matthew ch. 24 vs.12 - 14 says that 'Because of the increase of wickedness, the love of most will grow cold, but the one who stands firm to the end will be saved.  And this gospel of the kingdom will be preached in the whole world as a testimony to all nations, and then the end will come.'

I thought of how those spoken of in Matthew ch.22 v.1-3 who were invited to the wedding feast of the king's son refused to come, so then , in v. 8-10 the servants were told to go out into the streets and gather all the people they could find, both good and bad, and the necessity for the gospel to be preached to all so that all may have the opportunity to believe in Jesus and be saved, and what a wonderful opportunity the internet has given us to share this gospel in our blogs.

I am not ashamed of the gospel of Christ, Jesus is the only safe place in this troubled world, and I sing this song to anyone who might read this post and who does not know Him as Lord and Saviour:- 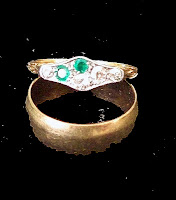 'Come into my place of safety, purchased by my precious Son
Come drink my wine of holiness, come eat my bread of grace
The Spirit and the bride say 'Come', step in and take your place

'You will say in that day: 'I will give thanks to thee, O Lord, for though thou wast angry with me, thy anger turned away, and thou didst comfort me.  Behold, God is my salvation;  I will trust, and will not be afraid; for the Lord God is my strength and my song, and He has become my salvation.'  With joy you will draw water from the wells of salvation.  And you will say in that day:  'Give thanks to the Lord, call upon His name;  make known His deeds among the nations;  proclaim that His name is exalted.'  Isaiah ch.23 bs.1-4

All else pales into insignificance

One of the things about trusting in the Lord in my trials is that it makes me want to praise Him.  Sometimes I am amazed at how the Lord is able to comfort and strengthen in these times.  If a person was to need comfort in a hard time it is good that a friend comes along with words of comfort.  However, there is something about the Lord speaking to a person that can strengthen more than anything.  He has the ability, because He is omnipresent, to speak through many people and many occurrences which would demonstrate that the voice bringing the comfort has to be something more than the human voice, and when we know that God is in the situation then we know that those words of comfort have an authority that no other words have.

This morning I awoke with praise for the Lord constantly coming into my mind,  I was reminded of how praise is a main factor in attaining victory in our battles as demonstrated in 2 Chronicles ch.20, v22 when all the people had been encouraged to praise the Lord by Jehoshaphat, after he had prayed  for help and been told by the Lord that the battle was His.  When they began to sing and praise, their enemies began to be destroyed.   We are in a spiritual battle where our enemies are not flesh and blood, and we have a great warrior as our Lord who has already won that battle.   Psalm 103 speaks about all the benefits in the Lord but it starts off with these words of praise   'Praise the Lord, my soul; all my inmost being, praise His holy name.  Praise the Lord, my soul.'

I feel to dedicate this post to praising Him, and would like to do it by sharing three songs that I was brought to write at various stages in my walk with Jesus.

Show me Your face Lord

Show me Your face Lord show me Your face
a face full of mercy, compassion and grace
with lips that sing love songs to a world filled with shame
You tell of salvation through Your wonderful name

Show me Your face Lord 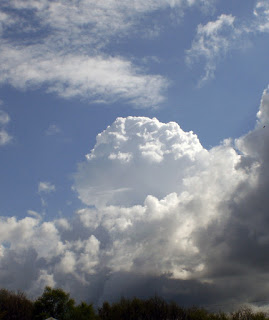 Now I live in Jesus  -  I'm seated in Heavenly places with Him
Light is my companion  to show the way to eyes grown dim
I'm hearing from the Father -  being taught by the Spirit of Life
No more in agony, in pain and in misery
No more in worry and in strife Last Saturday morning I picked up my mobile phone and noticed that one of my granddaughters had tried to ring me.  My mobile was on 'silent' mode, I usually only text messages and that only when necessary, and so I texted her to find out what she wanted.  She texted me back and said that one of my songs had just dropped into her head and she felt she had to let me know.  The song, she went on to say, was 'By grace am I saved, through faith not of myself, it is the gift of God'. 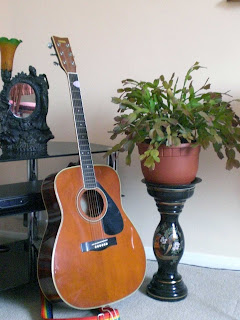 It was part of a song which began

We used to sit on the floor of my granddaughter's bedroom when she lived with us for a year, with my guitar, and sing this and many other songs together.

There was great meaning for me in Hayley sending me this text with these words about faith in it, for the Lord has been speaking to me concerning faith for a few weeks.  When I wrote my post called  'I will love Thee O Lord my strength' on 2nd March 2013  I mentioned that the Lord had been speaking to me through the verse about Thomas, where Jesus said to Thomas 'Because you have seen me, you have believed; blessed are those who have not seen and yet have believed.' (John ch.29 v.29)' , mentioning that someone phoned me asking 'Is that Thomas?' to which I answered 'No, this is not Thomas.'

The very next day after publishing this post I had once more a person, I believe maybe the same one, phone me and ask  'Is that Thomas?' to which I again replied 'No, this is not Thomas'.  I believe absolutely this was the Lord's way of encouraging me to trust in Him for healing me from what I spoke about in my March 2nd post, and not to think of healing from the  carnal aspect of 'Seeing is believing.' but to think of it from the Spiritual aspect of 'Believing is seeing.'

Now I was feeling that the Lord was actually going to heal me from my ailment after 22 years and when I opened my Bible to read, as I thought about this, I opened straight to the page containing Psalm 103 where the Psalmist is instructing his soul to praise the Lord and forget not all His benefits, including forgiving sins and  healing all diseases.   I asked the Lord that if He was telling me through this that He was going to heal me, then to have me open to this page again, which I did immediately.

After my granddaughter sent me the text last Saturday, I thought about all these things that had happened recently.   I remembered the fact that I had initially asked the Lord all those years ago to teach me about sickness and healing, as I could not understand why healing did not always happen after prayer. When I asked why in a church in Adelaide I had been healed miraculously when someone had prayed for me, He revealed to me that it had been the prayer of faith used at that time.  I wanted to learn more about sickness and healing and after I asked, my trial began.


Saturday night I had a dream in which there were two huge screens in front of me on which were written 'By grace am I saved, through faith not of myself it is the gift of God.' and many voices were singing the song that had dropped into my granddaughter's head that morning.  Once again 'faith' was being emphasized to me.  On Sunday morning I opened my Bible to read and opened straight to Romans ch. 4, a chapter on faith.  Verses 3-5 read 'What does Scripture say?  'Abraham believed God, and it was credited to him as righteousness.'  Now to the one who works, wages are not credited as a gift but as an obligation.  However, to the one who does not work but trusts God who justifies the ungodly, their faith is credited as righteousness.'


I choose to believe the Word that the Lord has spoken to me, not what my eyes see and my carnal mind might try to tell me, and  I demolish arguments and every pretension that sets itself up against the knowledge of God, and take captive every thought to make it obedient to Christ.

I praise You Lord

This morning I have awoken and can not stop singing this little song over and over in my mind so I thought I would include it.