How often do we truly listen for God's voice in our lives? We may listen to God's voice when we hear it being preached in church, or when we are reading our Bibles, but how often do we listen for His voice through our everyday experiences, and how much of God's instruction and encouragement  do we miss through not being finely tuned in to the way in which the Holy Spirit reveals things to us?
When I first became a Christian there were two scriptures that were highlighted to me very strongly.  They were 'Trust in the Lord with all your heart, don't lean on your own understanding.  Acknowledge Him in all your ways, and He shall direct your path', and 'Take every thought into captivity to obey Christ' (2 Corinthians ch10 v5b.  Yet every day I am in danger of allowing my carnal mind and circumstance to create the world that I live in, and rob me of what God has in store for me, by believing what the small part of the picture that I am seeing is forecasting instead of trusting in the revealed word of the One who sees the whole picture. 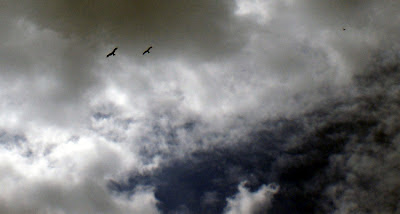 Early last week we had high winds here in Llandybie.  My husband and I had painted the door in the front hall that leads out to the porch that contains the front door to our bungalow.  Merlyn had said that he wanted the door left open for two days in order to dry the paint.  On the second night he closed the painted door.  I looked across the road and noticed that a neighbour's up and over garage door was being blown open with the wind.  The next morning, as I opened the blinds in the back room, I noticed that our garage door was also wide open.  I shouted into the bedroom 'The garage door is open Merlyn', thinking it strange because he always locks it.  'I must have forgotten to close it yesterday' he said.  I then went into the front hall and opened the painted door to see how it had fared being closed all night.  It was very stiff because of the paint and the draught excluders around it, so I pushed it to without actually closing it to allow it to dry without sticking..  When I opened the blinds in the front lounge I noticed that the garage door across the road was still wide open.  Some time later I went into the front hall intending to pull the painted door open to go into the porch to see if there was any mail.  The painted door was side open.  There is no way it could have opened by itself because it had been very stiff to close to, and there were no windows open in the porch that could have allowed a strong wind to open it.
I thought about the strangeness of all these open doors and it came into my mind also that the previous Sunday a man in the church had told me to leave the door open to the church on Tuesday after the internet session held there because someone was coming to check the fire extinguishers.  A scripture came into my mind from Revelation ch.3 v.8 'Behold I have set before you an open door', so I looked.it up.  In Revelation ch.3 the Lord is speaking those words to the angel of the church of Philadelphia for keeping His word and not denying His name.  The word 'Philadelphia' means 'brotherly love'.  Verse 7 reads 'And to the angel of the church in Philadelphia write 'The words of the Holy One, the true One, who has the key of David, who opens and no one shall shut, who shuts and no one opens'.
A strange thing happened in Swansea on Friday.  I was handing out my scripture and poetry  leaflets and offered one to three Korean looking girls walking towards me.  I suddenly thought, looking at one of the girls, 'That girl is one of the girls that came to the church, the one who was so friendly'  I said 'Hello', but she looked at me as if she did not know me and appeared quite unfriendly.  I was completely baffled.  I told her my name and the church I attended, but got the same reaction.  As I turned from her a man in front of me dropped a key on the floor, almost as if he had thrown it down, then bent down and picked it up.
I have thought about all these things and as far as the girl is concerned I think maybe she was someone who looked exactly like someone else, but was she used as sign accompanying everything else, saying that there is an open door to those of God's people who show brotherly love, who keep God's word ( the word that the Holy Spirit is speaking to the individual at the time ) and do not deny His name.  Part of keeping  God's word is loving one another, and that includes loving those who don't love us.  The girl in the street appeared to be someone that I knew who appeared slightly hostile.  It is easy to love those who love us, but how do we fare if a brother or a sister, whether natural or spiritual, does not appear to love us?  Are we in danger of throwing away the key to that open door if we do not love as God wants us to love?  The love described in 1 Corinthians ch. 13 keeps no record of wrongs.  I started to see that there was a message for me in all that had happened.
I know now, looking back, that the Lord was bringing to my attention something that was happening, and about to happen, in my life which would test me as to whether or not I would react according to what my natural mind was telling me to do in the situation, or whether I would react according to what God's word to me was saying to do, to love even those who did not appear to love me.  The day after realizing this I went to look for my Bible concordence and came across a  daily devotional that I'd had for some years, but had not looked at for a while.  I opened it to the day and this was the heading. 'Love your way to success.'   One of the sentences in the article read 'Now you may know some people with whom you may not want to be knit together.  They may make some things a significant challenge for you.  But you are commanded to walk in love, so do it.'
God knew exactly what I was going through, and about to go through, at the time and not only instructed me what to do about it, love regardless, but also showed me that blessing would come from it.  I have had so many experiences like this in my life, and a peace that passes understanding come as a result of acting on what I am being shown that, for me, nothing on earth can surpass it.

Someone once said to me 'How can God allow horrible people to walk around the streets, people that have committed atrocities against others, and yet good people die before they are very old?  I reminded her that earlier that morning she had said that she still loved a man who had left her and their son for another woman, and still lived i the hope that he would return to her one day.  I went on to say that in the same way God carries on loving us even when we do sinful things which separate us from Him ( Isaiah ch.59 v.2 ), and wants us to return to Him.
the Bible tells us that only God is good, that we have all sinned, and that when we sin it is against God that we do so.  He wants us all to come to repentance and be saved and is not willing that any of us should perish
In the parable of the prodigal son we see that although the father allows his son to go his own way, the father's desire is always that the son would return to him eventually.  It is only when the son ends up eating food that is fit for pigs that he grieves for his father and wants to return to him.
Whether we have truly known God's ways and gone away from them, or known little of God's ways at all, without Him and the guidance of the Holy Spirit we will inevitably at some stage end up in a mess.  Always after we have turned from the bad things we have got into, as the parable of the prodigal son demonstrates, God will run to meet us with forgiveness and bring us back to Himself and blessing.  Such is the love that God has for us, a love that motivated Him to send His only Son Jesus to earth as the graceful means for unholy people mankind to be reconciled back to their holy creator.

That kind of love

Lord I'll never know how a seed so small and insignificant
into a beautiful rose does grow
or why Your tender hands should form
a different face on each flake of snow
........ Could it be love?

Lord I'll never know what motivates a God so full of purity and light
to sacrifice the One most dear to Him
to save humanity from their deserv-ed plight
of dark despair brought on by sin
......... Could it be love? 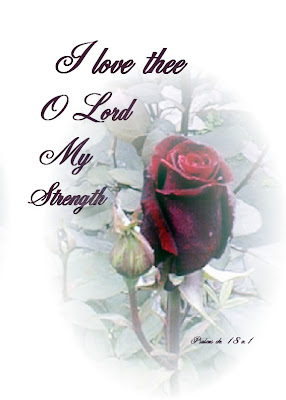 I thank You Lord that You left the ninety nine and came looking for the lost one. Though there had been a wall between myself and my creator, You broke down that wall through Your crucifixion, making it possible for the unholy to have access to the holy. By grace I have been saved, and by grace I am kept. 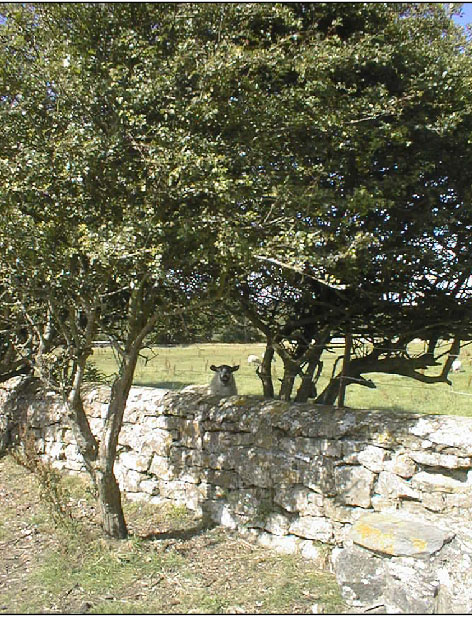 Without Your sacrifice I would never be free
Without Your love for me my eyes could not see
How can I thank You Lord, what can I do
What can I say my Lord except 'I love You'
Posted by Brenda at 09:10

Great post Brenda. I certainly think God speaks to us in many ways, even those abstract moments when we might feel that the world is far from God; we think abstractly at times and at other times we can go off on a tangent and experience thoughts that seem to make no sense, but God created us and so He can even be in these moments too.

Yes Tim
God knows each one of us and is able to communicate to us, as individuals, all that we will understand at the right time, in order to work out His plan for us. I am on line at home now so hope to spend more time interacting with bloggers.