Doing the Lord's work with His authority

Matthew ch. 9 vs.6-8 declares that God had given authority to Jesus:-

'But that ye may know that the Son of man hath authority on earth to forgive sins (then says He to the sick of the palsy), Arise, and take up thy bed, and go up unto thy house.
And he arose, and departed to his house.   But when the multitudes saw it, they were afraid, and glorified God, who had given such authority unto men.'
Mark ch. 3 vs. 13 - 16 declares that Jesus gives this same authority to man, His twelve whom He called to Himself to be with Him:-
'And He went up onto a mountain, and called unto Him whom He would have, and they came unto Him.  And He ordained twelve, that they should be with Him, and that He might send them forth to preach,  and to have power to heal sicknesses and to cast out devils:'


Once we are called to Jesus and become born again of God's Spirit then, as infants in Christ,  we are first given the milk of the word as stated in Hebrews ch. 6 v. 1 and 2 '.......the foundation of repentance from dead works, and of faith toward God,  of the doctrine of baptisms, and of laying on of hands, and of resurrection of the dead, and of eternal judgment.' , and then the strong meat which changes us from walking according to the flesh to walking according to the Spirit.
Luke ch. 8  vs.15 - 18 implies that first the Holy Spirit has to change people before they can do service without hypocrisy :-
' And that in the good ground, these are such as in an honest and good heart, having heard the word, hold it fast, and bring forth fruit with patience.  And no man, when he has lighted a lamp, covers it with a vessel, or puts it under a bed; but puts it on a stand, that they that enter in may see the light.   For nothing is hid, that shall not be made manifest; nor anything secret, that shall not be known and come to light.   Take heed therefore how ye hear: for whosoever has, to him shall be given; and whosoever has not, from him shall be taken away even that which he thinks he has.'


Those who hear the word and hold it fast in an honest (where truth is) and good (only God is good) heart, and bring forth fruit with patience, are like the good soil that receives the seed of the sower.

Being a Christian and worshiping God, to me, is not about learning how to get people into the church.  God adds to the church.  It is about working out my own salvation through being taught by the Holy Spirit how to become like  Jesus, and understanding what part I play in the body of Christ.
True worship, as I understand it, not only means to honour and to adore, but 'to be in submission to'.  The more I come to know God, the more I adore and want to honour Him.  As I can only know God through Jesus Christ Who is the Word of God, then to worship God is to honour, adore and be in submission to that Word, and if Jesus is the express image of Him, then God's image will be reflected in me as I submit through the renewing of my mind in Christ, as instructed in Romans ch. 12  v. 2:-
'Do not conform to the pattern of this world, but be transformed by the renewing of your mind. Then you will be able to test and approve what God's will is--His good, pleasing and perfect will'


It is an on-going transformation as stated in 2 Corinthians ch. 3 v. 18:-
' But we all, with unveiled face beholding as in a mirror the glory of the Lord, are transformed into the same image from glory to glory, even as from the Lord the Spirit.'
So it is impossible for me to say that I worship God without confirming my adoration of Him by my actions, therefore I must strive to demonstrate in my life what I confess with my mouth.

Each one of us in the body of Christ are given gifts, and 1 Corinthians ch. 12 vs. 11 and 12 states regarding these gifts:-
'but all these work the one and the same Spirit, dividing to each one severally even as He will. For as the body is one, and hath many members, and all the members of the body, being many, are one body; so also is Christ.'


We can not recognize mentors by a title or physical appearance:-   2 Corinthians ch. 5 vs. 16 and 17:-
Therefore from now on we recognize no one according to the flesh; even though we have known Christ according to the flesh, yet now we know Him in this way no longer. Therefore if anyone is in Christ, he is a new creature; the old things passed away; behold, new things have come. 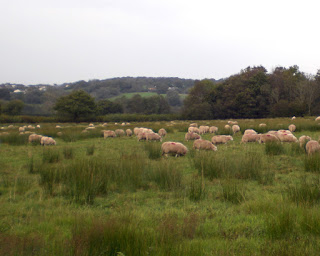 There are times when the 'skills of a shepherd boy ' are used as opposed to the 'armour of a king'  King Saul was not as tuned in to the word of God as was the shepherd boy.  David did not use the physical armour of the king to defeat the enemy.


Saul tried to clothe David with his own armour, but David was not used to it, and went to fight Goliath in his own clothes using the word of God, saying to him ' You come to me with a sword, a spear, and a javelin, but I come to you in the name of the Lord of hosts, the God of the armies of Israel, whom you have taunted.' , and a stone, eventually killing the giant with the giant's own weapon.

We too can come in the name of the Lord to fight our spiritual enemies, who may have become giants in our lives, when we are led by the word of God enlightened to us by the Holy Spirit.  It is not in our own strength, but the strength of the Lord that the battle is won through trust in that word.
What are we asking of God?

When Jesus initially called the twelve, He called them to be with Him, Mark ch. 3 v. 14, and to be sent out to preach.  In Mark ch. 10v. 35  two disciples ask Jesus to do whatever they ask of Him.  Verse 36 states that He says to them, 'What do you want me to do for you?'  They ask for position.
Jesus goes on to tell them that it is not His to give, that it is already determined who will sit at His right and His left (v. 40)
He tells them that position is in reverse amongst His disciples, that just as He came not to be served but to serve, so must they do likewise.

Jesus later asks the same question to a blind beggar who persists in asking Jesus for help even when he is rebuked for it.  In verse 51 Jesus speaks exactly the same words to him as He has said to the two disciples:- 'What do you want me to do for you?'

But instead of asking for position this poor blind beggar asks that he might receive his sight.

I, too, do not seek position in the Lord.  I seek spiritual insight and direction, in order to do
what I am called to do in the body of Christ. 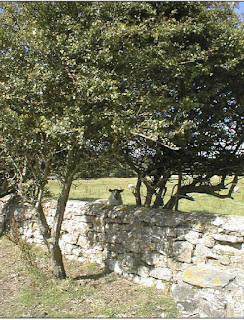 wherever You lead me
I will follow You
through hail, wind or fire Lord
I will cling to You
For what should I fear Lord
in a foreign land
if You are there with me
holding my hand
Wherever I am Lord
I will worship You
whenever I can Lord
I will speak of You
To every nation,
kindred and tongue
I'll tell of salvation
through God's Holy One