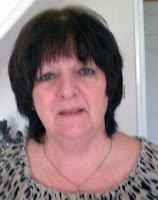 'From that time on Jesus began to show His disciples that He must go to Jerusalem and suffer many things at the hands of the elders, chief priests, and scribes, and that He must be killed and on the third day be raised to life.  Peter took Him aside and began to rebuke Him 'Far be it from You, Lord! he said.  'This shall never happen to You !'.  But Jesus turned and said to Peter, 'Get behind Me, Satan!  You are a stumbling block to Me.  For you do not have in mind the things of God, but the things of men.'....

Although Peter was a disciple of Jesus his thoughts were coming from the carnal mind and not wanting Jesus to go through the suffering He had to face as the sacrificial lamb.  Jesus had to be sacrificed in order for mankind to be reconciled back to God.
Sometimes, as born again believers,  we can see things the same way.  We can listen to what the carnal mind is telling us, without realizing that those thoughts can be coming from the spiritual enemy, because it appears to be better for the flesh at the time.

Yet if we take every thought captive and bring it into obedience to Christ (that Word spoken to us through the enlightening of the Holy Spirit) then the outcome can only be good, as Jeremiah ch. 29 v. 11 says, regarding God's thoughts for us:-
'For I know the plans I have for you, declares the Lord, plans for welfare and not for evil, to give you a future and a hope


A few days ago my husband called me from the outhouse in the back garden.  I went out and he showed me a plastic bag with daffodil bulbs inside, they had been in the outhouse throughout the Winter.  The bulbs, although they were inside a bag in semi darkness with no soil,  had grown and flowered in the bag

I was amazed at what I saw and immediately took them outside and planted them in the garden. I thought about how  the bulbs were able to flourish in a dark corner of the outhouse.

So too with us, Jesus has been made the sacrificial lamb.  He was crucified as a 'payment' for our sins so that we can be born again as a new creation born of God's Spirit.


Once we believe in Him and begin to have that Word firmly implanted in our minds then we are able to flourish even though we may go through many  trials and be in dark places.

Romans ch. 5 vs. 3 - 5 states:-
'More than that, we rejoice in our sufferings, knowing that suffering produces endurance, and endurance produces character, and character produces hope, and hope does not put us to shame, because God's love has been poured into our hearts through the Holy Spirit who has been given to us.'


However, just as the serpent said to Eve 'Did God really say?', the deceiver can cause we who are the church, the 'bride of Christ', to question the Word of God spoken to us, as Paul the apostle mentioned in 2 Corinthians ch. 11 v. 3:-

'But I am afraid that as the serpent deceived Eve by his cunning, your thoughts will be led astray from a sincere and pure devotion to Christ'
One of the reasons we can come to question God's Word can be the fear of what might happen in the future if we act on that Word.  Yet when Peter was walking on the water because Jesus had called him to do so, the fear only came when he took his eyes off the Lord and saw the strength of the wind:-
'Lord, if it is You,' Peter replied, 'command me to come to You on the water.' 'Come', said Jesus.  Then Peter got down out of the boat, walked on the water, and came toward Jesus.   But when he saw the strength of the wind, he was afraid, and beginning to sink, cried out, 'Lord, save me!'…
Matthew ch. 14 vs. 28 - 30
We too can fear when we look at the circumstance we are in instead of keeping our eyes on the Word of God that has been spoken to us within that circumstance.   It is then, when the enemy puts into our carnal minds the words 'Did God really say?', that we must respond:-
'Yes, God did say!'
Psalm ch. 12 v. 6 says:- 'The promises of the Lord are promises that are pure, silver refined in a furnace on the ground, purified seven times.'
﻿
Posted by Brenda at 05:29 110 comments: Links to this post