The old man is now dead

A Christian friend rang me the other day, and during the conversation said she had been singing one of my songs.  I couldn't remember all of the words and went into my files to look it up.  In doing so I came across something I had written a long time ago which I feel at this moment in time is a very fitting prayer for how I want to be regarding the Lord's word to me personally.

Thy Word means more to me than life Lord, for without it I cannot have life.  That which appears to be life is only death in disguise, death which has put on a covering.  The Lord of that death has tried to entice my soul with the things that would appeal to my carnal mind.  Close thou mine eyes to the things which do not profit my soul Lord, and open them to those things that are not seen but by faith, that I might know the things of God, seen through the eyes of Jesus.

Just before I awoke this morning I had a dream.   I could see through a glass panel in a door that a bird was trapped in a room, there was no food in the room for it and it was hunched in a corner, two cats were also in the room.  I entered the room, called to someone who was outside the room, handed the two cats to him and then  picked the bird up.  It was in a terrible state, barely alive.

I thought to myself 'I have plenty of bird seed, I will get a dish of it and a dish of water and bring this little bird back to health', then I woke up.  I love the birds, and they remind me spiritually of what we are in Christ,
( Ephesians ch.6 v.2 )'And God raised us up with  Christ and seated us with Him in the heavenly realms in Christ Jesus'.
The dream reflected to me how easily we can be spiritually starving and in a bad spiritual state without our heavenly food and how there are spiritual predators around also.  It reminded me of the parable of the seed and how I must receive that seed, the Word of God, in my life.  There are four choices I have. 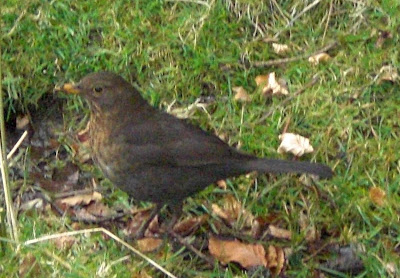 Luke ch.8 vs.11-15 reads:  'This is the meaning of the parable:  The seed is the word of God  Those along the path are ones who hear, and then the devil comes and takes away the word from their hearts, so that they may not believe and be saved.  Those on the rocky ground are the ones who receive the word with joy when they hear it, but they have no root.  They believe for a while, but in the time of testing they fall away.  The seed that fell among thorns stands for those who hear, but as they go on their way they are choked by life's worries, riches and pleasures, and they do not mature.  But the seed on good soil stands for those with a noble and good heart, who hear the word, retain it and by persevering produce a crop.'

I do not want to be like one who believes for a while, but in the time of testing falls away.


I spoke about a necklace that I have in my post 'Removing the lie', written on the twenty fourth of May this year.  It has eight keys, three of which have a heart attached to them which remind me of Father, Son and Holy Ghost.  Yesterday, one of these heart keys fell off the ring on the necklace that they are threaded on, the tiny ring at the top of the key had worn.  It was the third one which represents to me the Holy Spirit.  I will be getting it repaired.    John ch.14 v.26 came to mind ' But the Advocate, the Holy Spirit, whom the Father will send in my name, will teach you all things and will remind you of everything I have said to you.'   I do not want to be robbed of what the Holy Spirit is enlightening to me by the devil trying to re awaken the old man through carnal thoughts that are not in line with what I am being shown.

I believe absolutely that the dream, scriptures and my prayer have been brought into my life at this present time, as an encouragement to trust one hundred percent in the Word that has been enlightened to me by the Holy Spirit no matter what tries to oppose it.
Posted by Brenda at 06:17 36 comments: Links to this post