He must increase but I must decrease

I love all scripture, but one of the most beautiful verses in the whole of the Bible to me is the first verse of Psalm 18.  It reads 'I will love You O Lord my strength.' When I first came across this verse I felt it was summing up all that I have ever wanted to say to the Lord in one sentence.  For whether I have received blessing, correction, healing, knowledge or anything else from the Lord, these words would express perfectly my thoughts towards Him at all times.  I know that His words to me when I seek Him are always to strengthen me in Him, and I am coming to know that I can do all things in Christ Who strengthens me.
If an unbeliever seeks advice or help on any matter, he or she will look to a person, a book or a website that they believe will have knowledge on that particular subject.  How much better that I seek advice from the One who knows all things, and can do all things, including that which is not possible for man to know or do.  The only thing that has ever caused me to question what the Lord tells me is the human knowledge which is stored in my carnal mind.  If man's wisdom had never been fed into my mind there would be nothing to challenge God's words to me, and I would know only God's wisdom.

There are two strengths that are able to dominate my life and the one I try to live by is the strength of my Lord Jesus, the mediator between God and man.  The other one I must try to put to death.  It is the strength that dominated the old me, the one that was born of flesh.  It has a power over the fleshly me if I allow it to, and is a liar, a thief and a murderer by nature, seeking to deceive me with false knowledge and rob me of the blessings of God and eternal life that can only be found in Christ Jesus.

Isaiah ch. 30 vs. 1 and 2 read:- 'Woe to the rebellious children' says the Lord, 'who carry out a plan but not mine: and who make a league, but not of my spirit, that they may add sin to sin, who set out to go down to Egypt without asking for my counsel, to take refuge in the protection of Pharaoh, and to seek shelter in the shadow of Egypt.'
Egypt, here, is spiritually discerned as representing the world, and Pharaoh the strength of that world.  In ch. 31 vs.1 - 3 the Lord continues to remind His people that only woe can come from relying on Egypt and its strength instead of consulting the Lord, saying that the Egyptians are merely men, and not God, and that their strong horsemen and horses are flesh, and not spirit. 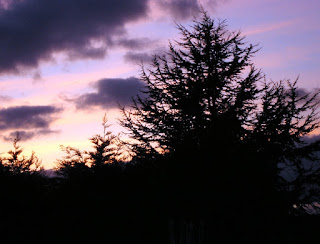 I have come as light into the world, that whoever believes in me may not remain in darkness.  If anyone hears my sayings and does not keep them, I do not judge him;  for I did not come to judge the world but to save the world.  He who rejects me and does not receive my sayings has a judge; the word that I have spoken will be his judge on the last day.  For I have not spoken on my own authority; the Father who sent me has Himself given me commandment what to say and what to speak.  And I know that His commandment is eternal life.  What I say, therefore, I say as the Father has bidden me.'

The Lord showed me a long time ago the meaning of a Hebrew word found in the Bible, the word Chattath, meaning 'to miss the mark'.  It signifies sin in general, and is a very apt term by which to express its nature.  A person is continually aiming at and seeking happiness, but as he does not seek it in God, hence the Scripture represents him as missing his aim, or 'missing the mark'.  I believe that I can continually miss out on blessings by missing the mark when I choose to listen to my carnal mind dictating worldly wisdom rather than listen to the Lord's instruction.  In the new testament the term 'turned back from following Him' is used when some disciples found it too hard to eat and drink the body of the Lord.
Although it has often been hard to focus, and act upon, what the Lord is telling me above what my carnal mind is telling me, I have found that when I do, His words have become a very real strength in some of my weakest times.

I continue to say:- 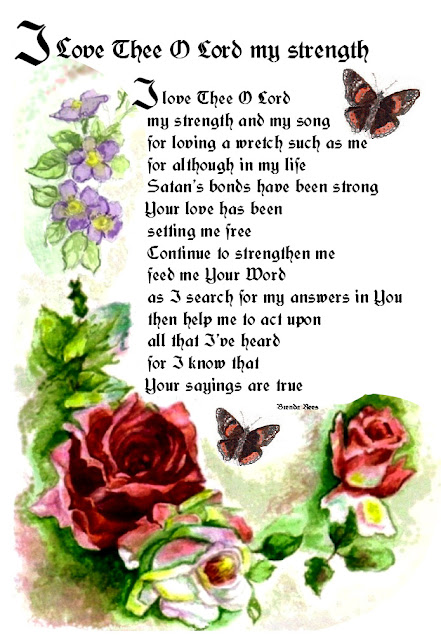 Just as John the Baptist said, regarding Jesus, in John ch. 3 v. 30:-
'He must increase, but I must decrease.' 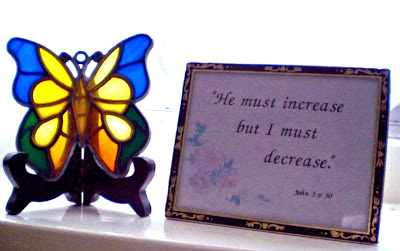 I too say, regarding Jesus in my life:-
'He must increase, but I must decrease.'

"the Lord continues to remind His people that only woe can come from relying on Egypt and its strength instead of consulting the Lord, saying that the Egyptians are merely men, and not God, and that their strong horsemen and horses are flesh..."

Hi Sandi,
I love the way that the Lord speaks to us through scripture, and the fact that God's word is the same yesterday, today and forever. It shows His love for all His children, and His ability to speak to each one and protect them as they grow in Him.
God bless you.

Hi Brenda,
I believe that we today continue to make the same mistakes that Israel made back then. They seen with their eyes the awesome power of God, yet turned away and followed the familiar ways of Egypt...we know Jesus, and see with our spiritual eyes His awesome love and power over the enemy...and the grave, yet we must constantly fight the temptation to turn to that which we see with our fleshly eyes...It is to be like this until we one day lay down the flesh for good. Thank the Lord it is by His righteousness and not my own that I will find victory over the flesh! Therefore I can decrease that He may increase...for it is through my weakness, He is strong!
Blessings and love to you, dear friend.

Absolutely Lisa,
and without the Holy Spirit we would not be able to do this because the victory has already been won by Jesus and it is only through the mind of Christ (which we have when we are born again of God's Spirit and become His children ) that we can perceive the enemies lies and deception.
All the enemy wants us to do is look to him for the things of the world, and what he tries to blind us to is the fact that if we seek first the kingdom of God and His righteousness, all the things we need will be added to us, together with peace of mind and eternal life.
I love the fact that God is no respecter of persons, He loves all and wants all to be saved. He alone can do this and, like you say, when we are weak He is strong. I love being weak in myself and strong in the Lord, for then the old 'me' is being put to death.
God bless you Lisa with all the love that is found in Jesus.

It is lovely to hear from you Sateigdra,
I am not sure if all my posts are encouraging but I know that all scripture is encouraging, and that God loves us so much that He does not want the enemy to deceive us. I believe absolutely that true Christianity is encouraging and brings us into a place of honesty and openness. It is not a building that is God's house, it is God's people, believers in Jesus that are the lively stones that He calls His house. I look foreword to your next blog post Sateigdra, and may God bless you too.

Dear Brenda,
It is a constant, daily battle between the old man, or sin nature, and new man who is wholly yielded to the indwelling Holy Spirit. Praise God that He gives us the victory as we die to self so He can be fully manifested in us.
Thanks for the great post & God bless,
Laurie

That is so right Laurie,
there is only One winner, the enemy lost the battle two thousand years ago, and Praise God for the Holy Spirit through which we are able to be partakers of that victory in Christ Jesus, Who died that we might live.
God bless you too Laurie

Thank you for your visit to my blog.
I am not a believer, but love to see the comfort and support you find.

You are very welcome,
I enjoyed looking at your pics and especially the tiger, as they are one of my favourite subjects for painting.