Many years ago I had an experience with my husband, and then young son, which I turned into a short story . I used different names for the people in the story, but it was our experience.
The following is the story that I wrote, which was part of the Lord's teaching in my spiritual walk with Him.

The Voice
The blue water of the Indian Ocean was as smooth as glass as the tugs pulled the liner towards the dock, the air was still and the sun was rising in a cloudless sky.  The young woman stood on the deck, her arms resting on the ship's rail, and felt a stir of excitement as she surveyed the view in front of her.  How beautiful Colombo looked bathed in the early morning sunlight, with its lush green vegetation and pale, sandy beaches. She smiled in anticipation of the wonderful day that lay ahead. 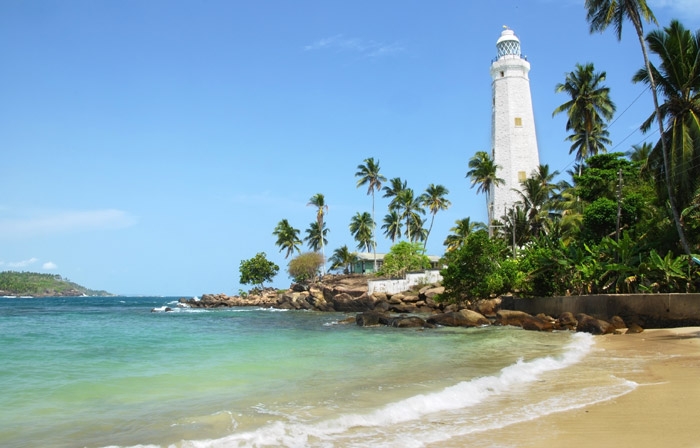 The voyage so far had been most enjoyable for Leah and her family. Their days had been filled with exciting things to do on board the large liner, and the further South they travelled the warmer the climate was becoming and the more exotic were the ports.  A picture of the cold English weather of Southampton formed in her mind as she remembered the day they had embarked.  For a moment her feeling of well-being was threatened by a cloud of sadness as she remembered her mother, sisters and brother waving from the wharf as the ship pulled away from the dock.  How long would it be before she saw them again, and what lay ahead in Australia?
'You have to watch out for the beggars!' a coarse voice jolted her jaggedly out of her thoughts.  She was no longer alone. People had gathered along the rail as the ship entered Colombo dock.  'These places are full of them!' spat out the voice once more, 'All professionals.'   'Beggars ......'  Leah thought, 'in such a beautiful place?' She had always been conscious of the poverty in certain parts of the world, and had felt a genuine compassion when she had seen documentaries on the television about such countries, but to sit in the comfort of her home in well fed Wales was a far cry from actually being confronted with the situation. She felt a tinge of guilt as she realised that what was really bothering her was the threat of distortion of her paradisaical picture.
By now the ship had docked and passengers were streaming onto the decks.  She pushed her way along the now heavily crowded deck, searching for a door that would lead below, where she had left her husband Bob and young son Adam finishing their breakfast.  They would have left the dining room by now and may be waiting for her in the cabin.  'Leah!' .... The strong, familiar voice cut through the air above the babble of passenger voices and the crew instructions.  She turned to see her husband raising his hand above the sea of heads.  He and Adam had not wanted to miss the docking of the ship and had come up on deck a few minutes earlier.  They watched together as the ship's ropes were secured and the gangway was lifted into place.  A military band appeared, adding a touch of both formality and welcome to the occasion, and making an excellent subject for a photograph.
The clouds had already disappeared from Leah's horizon as they made their way to the cabin to get ready for the morning's trip into the city. They had planned to spend the morning in the city of Colombo with another couple, Sue and Graham, browsing around in the local shops and hunting for souvenirs, after which they would return to the ship for lunch. In the afternoon they would go on one of the organised excursions to Kandy, about an hour's journey away.

There were several taxis waiting on the wharf as they walked down the gangway, they would take one of them into the city.  Somewhere behind Leah, a familiar voice arose above the clicking heels and laughter.  'Just wait and see, the last time I was here they were waiting for the taxis to arrive, and trying to get your money off you before you had a chance to spend it.  Don't be fooled by the children they bring with them that's just to make you feel sorry for them'.  'So 'the voice' had been here before,' thought Leah.  She turned around, wondering who the voice belonged to, but was distracted by another voice directed at Bob. 'You want taxi sir? I take you to shops, good shops.'  They all squeezed into the old taxi and it sped out of the dock area towards the city.
During the short journey they had glimpses of poverty here and there as they passed shacks with poorly dressed people sat outside, but the beauty of the land itself, with its exotic plants and brilliant greenery seemed to help Leah push this reality from her mind. She did not want anything to spoil the day, and could not allow sentiment to rob her of the pleasure she could have during this once in a lifetime experience for her of visiting this beautiful country. Besides, wasn't there far worse poverty in desert countries where people had no food at all, she mused.  There must be plenty of fruit growing here.  This last thought seemed to ease the slight guilt that was beginning to creep in at her previous, selfish thoughts. 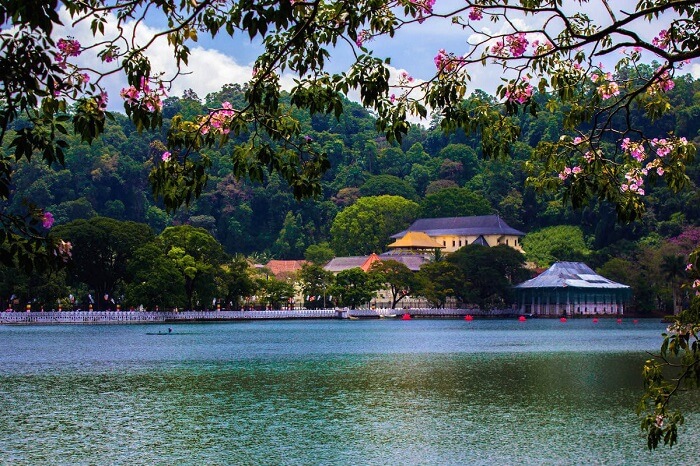 It is hard to understand why there is such poverty in such a beautiful place with a good climate and lots to offer. Corruption, maybe? Why is one place fine and another in want?

I think you did the right thing too.

Beautiful but sad story. Some countries are poor because of corrupt government despite lots of natural resources and it's sad that goes on for generations.

Our God is a giving God. I tell my family it's not up to us to determine whether the one in the receiving end has true needs or not. Just give. With love. And glory to be given to the Lord. With you hearing the True Voice, there's no option but to do that act done in love. It's a great example sister Brenda. To always be His feet or hands, to reflect His light in this dark place. God bless.

Hi Sandi,
that is the difference between mans' ways and God's ways, and I am so glad that even what my dad taught me as a child regarding kindness to others helped to overcome what the spiritual enemy was trying to cancel out in my thoughts.
I definitely did the right thing and the situation taught me how cunning the spiritual enemy can be.
god bless.

Hi RCUBE,
there are many sad stories in this world, but the main thing with the teaching of the Holy Spirit is that we hear the voice of the Lord through the teaching of God's Word as we work out our salvation. The more we listen to His voice the more we recognise the spiritual enemy and mature in the Lord's body on earth. When I was a little child my dad used to make up stories to tell us as we went to sleep. They always had happy endings, and that is what we get as we journey on in the Lord, learning God's ways - a very happy ending.
God bless you in Him, as we journey on together listening to His voice of true LOVE.

Whoever saves one life saves the world entire...

Hi Aritha,
yes, that is a lovely quote isn't it, very encouraging and positive.

That is a touching and beautiful story — and pierces through the complacency of all the abundance many of us in the west find ourselves in. Thank you for sharing it Brenda

Hi Jephyr,
thank you for your comment. This story was written after what actually happened on a journey to Australia, and it was before I became born again of God's Holy Spirit. Never the less, kindness is what I had been taught by my lovely dad, and even without the Holy Spirit's teaching our automatic kindness can be diverted by the spiritual enemy. He is rife in this world. As I grow in the Lord I am learning more and more how to recognise Satan and his devices.
God bless.

Hi Brenda,
I enjoyed your story as it reminded me of many beautiful travel experiences with family, which we may never be able again to enjoy in the same way because of the pandemic. The Voice we must follow is the still, small voice Who will give us discernment in every situation. Thank you for this beautiful and thought-provoking post. God bless you,
Laurie

Thank you for your comment on my post today, Brenda. I'm sure it will be helpful to my readers.

Hi Laurie,
yes we have travelled to many places, mostly by sea so that we could visit places on the journey ( I have never liked air travel ). The best place we will ever travel to Laurie is where we go to after this life on earth. There is nothing in this world that can compare to it.
God bless.

You are welcome Victor
being part of the body of Christ on earth is all about encouraging one another.
God bless.