the Goodness of God

There is a scripture that says 'Seek first the Kingdom of God and His righteousness, and everything else will be added', Matthew ch. 6 v.33 and it has proven true throughout my walk with the Lord. There are many times in my life where my husband and myself have come through situations that without the Lord's intervention we might have been in a sorry place.

We set out for Australia in our early marital years on just a £10 assisted passage, with very little money for our future. What we enjoyed thoroughly was the four plus weeks on a liner, visiting many countries that were spectacular and staying with my brother in Australia until we found work. We met a New Zealand couple on the ship that we stayed in touch with, and after spending some time in Australia we decided to go to New Zealand, thinking about living there instead. Shortly after arriving we travelled to Rotorua, where my husband was offered a job and we were also offered a house to rent which was owned by the man who offered the job. My husband  decided not to take the job as there was a very strong smell of sulphur there  in the sulphur springs and it is a volcanic area.

My husband phoned the man he had worked for in Australia to ask if his job was still there, he said that it was and that he would welcome him back. We returned to Australia and rented a flat in the area where we had previously lived. It was a ground floor flat, and one morning there was a light 'tap, tap' on the front door. When I opened the door I could not believe my eyes. I gazed down upon a heavily pregnant tortoiseshell coated cat. Could this little creature actually have tapped on our door with her claws? She walked slowly through the open door.  'Quick, find something for her to lay on' I called to my husband, 'I think she is about to have kittens.'  My husband searched around and quickly found a cardboard box in which he placed an old cardigan of mine. She had several kittens, all of which had a cleft pallet and did not live long at all. I noticed the mother cat had the most horrific infection and we decided that the only thing we could do was to take her to the vets. 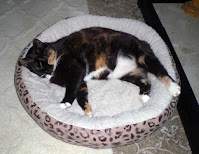 At that time, until my husband got back into work we did not have much money to spare but the plight of the little cat was such that our financial situation was not the priority, so off to the vets we went.  The cat was treated and we were assured that  with antibiotics and tender loving care she would recover fully. The bill came to $25. The next day our landlord called to see us. The flat above us had been occupied by some young men and for a long time there had been a lot of people coming and going to the flat, and one night the police had raided it and found drugs there. Now, after the occupants had been taken away, the landlord was clearing the place and he found two Chevrolet cylinder heads that the young men had discarded in the rubbish. Knowing that my husband was a mechanic, he gave them to him in case he might be able to use them. My husband did not have a use for them but advertised them for sale and sold them for - guess what? twenty five dollars!  At the end of the row of flats there was a Russian lady who loved cats and had several. She wanted to take the little cat in and so we gave her to her as we did not know where she had come from and had searched in the area for her owner. She was possibly feral.

There was another time when we had gone from the UK to Canada to live. We came out of the airport and walked down to the nearest bus stop in order to travel down into the town. A young man pulled up at the bus stop and asked us if we would like a lift into town. We thanked him and got into the car, his little son was in there too. During the ten minute drive my husband spoke to him about how he would be looking for a job, and the young man said that he worked as a salesman in a garage and that he had to call in to see his boss for a moment. He drove to his workplace and his boss came out to talk to my husband saying that there was a job for a mechanic going there, and also that in a fortnight a duplex house near where he lived was going up for rent.  The young salesman then said that his wife was away working as a model for a fortnight and that he and his son were going that day to be with her. He said that we could stay in his apartment for the fortnight and took us down to see it and gave us the keys.

We could not believe what was happening, and thanked him very much. To cut a long story very short the next day we thought about whether we wanted to stay in Canada, as we had been wondering whether we would prefer to go back to Australia, even though everything seemed to be working together for us to stay there. We discussed it, and decided that we would rather go back to Australia, so we wrote a letter to the young man thanking him very much, gave it to his boss along with the keys, and thanked him very much too. Then we flew to Toronto, where the world Trade Fair was on, spent a day and night there and returned home,, turning up at my mother's door and asked her if she could put us up for a short time until we got work, which she did :-) We later returned to Australia. 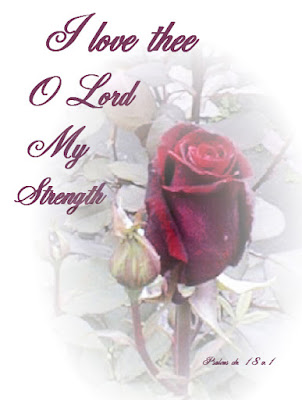 I can only say that I can not imagine

doing all the travels that we have done

without  the goodness of God being

our strength and supplier.

Dear Brenda,
A very enjoyable read!
I have visited both Canada and Australia during my backpacking days as a singleton. But unfortunately, I wasn't able to reach New Zealand. No doubt, the Southern Alps would have had some spectacular views.
A very interesting case about the pregnant cat and the sad loss of her kittens.
But I am curious about one issue: How long did you live in Australia if you both now live in the UK? Just a thought.
Wishing you and your husband all God's blessings.

Hi Frank, we went to live in Australia three times, the longest being four years, and the only time we bought our own home. We were like roaming gypsies, and went from flat to flat constantly. . We even went across the Nullabour, taking two cats with us. When we reached Perth we were td that cats would not be accepted in rented properties. So we sneaked them into a motel, and then came back to Adelaide. It was amazing the things we did then when we were much younger.

Dear Brenda,
Beautiful testimony of the Lord's provision and goodness! It reminds me of a sister in Christ who was going through a tough time financially. Her family was faithful to go to church every time the doors were open, even though it was about a 20 min. drive one way. One night before service they had no money, not even spare change, and the gas tank was empty. My friend prayed, "Dear Lord, You know I want to be faithful to Your house, but we have no money to get there. Please let me come up with $15 -- $20 would be even better -- to go to church."
Just then her husband walked in with a big smile. "You'll never guess what I just found in the driveway," he said, flashing a $20 bill!
God is good, all the time! God bless you,
Laurie

Hi Laurie,
tat lovely testimony does not surprise me, as I have had many good things come from the Lord myself. His everlasting love never ceases, even though the enemy may try to make us think that it does through what he inflicts upon us. The Lord is our strength throughout our trials, leading and guiding us through even the hardest ones. God bless you Laurie.

Sorry Frank, meant the only time we bought our own home in Australia.

That was so nice to read. Thank you dear friend.

It is good to hear of the goodness of God.

Amen, Brenda -- the Lord is our strength! He allows us to go through trials for our ultimate good and His glory! God bless you,
Laurie

Hi Sandi,
the goodness of God is the best thing we can receive throughout our lives. God bless you, hope you are keeping well.

High Laurie, yes, even though many of my trials have been very hard, I know that I come out of them a stronger person than I was before, understanding more of God's ways than I did before those trials, God bless you.

Hi Brenda,
I find it encouraging that even the apostle Paul had to deal with his thorn in the flesh. Our flesh is weak, but in it God perfects His strength. He alone knows what is best for our spirit. God bless you,
Laurie

Hi Laurie, yes just like Paul, we too have to go through trials, but they do strengthen us when we put out trust in our beautiful Saviour Jesus. God bless you in Him Laurie.

What a lovely story! God directs our life and places the people we need to meet along our journey.

Hi Bill,
absolutely right. I just read my post again and I have to add to it that I did not just write a letter to the kind young man that offered to let us stay in his apartment while he was away, but we gave his boss the keys to his apartment too :-) Nice to meet you.